This was BYU-Pathway’s second live broadcast in which the Church Board of Education spoke to its student body. The first broadcast was for the inauguration of Clark G. Gilbert as the organization’s first president in November 2017.

Leaders of The Church of Jesus Christ of Latter-day Saints shared encouraging messages with an in-person audience of approximately 450 BYU-Pathway students, missionaries, and employees from the Salt Lake City and Taylorsville areas. More than 16,000 watched and listened to the broadcast online in locations around the world.

“We’re part of a monumental moment in Church education …” Elder Holland said. “This is one of those pivotal marks in our history that we won’t fully understand until we look back at it years and maybe decades from now.”

The discussion panel at the event addressed a number of obstacles that students may face as they pursue education. They discussed faith, motherhood, lifelong-learning and other topics.

Elder Bednar and Elder Clark shared how faith in the Lord Jesus Christ and His Atonement can help dispel doubts that may arise as students reach for their goals.

“We get lazy. We get afraid,” Elder Clark said. “We doubt. We get subject to all sorts of maladies. But the Lord says that if you will humble yourself and come unto Him, He will make weak things … strong through the power of His atoning sacrifice.”

Sister Bingham and Sister Gilbert addressed the unique experience of women and mothers pursuing their education while also fulfilling their nurturing roles. They shared experiences and testimonies of how education can help women reach their divine potential.

Sister Bingham didn’t finish her nursing degree in order to focus on her family. She explained how the knowledge she gained in school was never wasted, especially in raising her children. Later, she returned to school and finished a degree in education.

“It was fascinating to see that there was not one class that was wasted that I went to, no matter when it was,” Sister Bingham shared. “It helped me to become a better person, a better mother. It helped me to serve in the Church. It helped [me] to bless other people’s lives, as well as my own.”

The panel also discussed the importance of lifelong-learning found in Doctrine and Covenants Section 130:18-19. Regarding this principle, Elder Gay taught that learning is part of God’s plan for us.

“There is no other path,” Elder Gay said. “Learning is all part of what Heavenly Father sent us here to do, to work and to grow.”

Throughout the broadcast, viewers watching on Facebook Live from around the world posted ways in which the broadcast has inspired them:

“I had such a hard week that I was tempted to quit the program,” Janet Lopez, a student, shared on Facebook. “I went to my gathering and saw this broadcast. THIS is what I needed to hear. I shall continue and apply what was said tonight to my life.”

“We felt so blessed to hear from apostles and others on the Church Board of Education,” Tammy Sanders, a Pathway missionary, commented on Instagram. “Many lives were strengthened, consoled, encouraged, and uplifted. Our Tulsa Oklahoma [PathwayConnect] gathering of 38 felt the love and support of all who participated.”

“I needed this! I love our leaders and what I learn from them,” student Sylvia A. Lozada posted on Facebook. “I feel humbled and thankful to be part of this program. Now to sacrifice, work hard, be joyful, and have faith.”

As the event closed, each panel member shared their testimony. Elder Bednar spoke directly to the audience, particularly the students, and pleaded with them to not only believe in Jesus Christ but to believe that His words are for them personally..

Elder Bednar said. “If I could get close to you, I would take my hands. I would put them on your face. I would say, as a servant of the Lord, ‘He’s talking to you. This is for you. He knows you by name.’ He is that focused on individuals one by one. I invite you to not only believe in Him, but believe that what He says is for you, individually [and] personally.”

This special broadcast reached BYU-Pathway students in the United States and all over the world in countries such as Brazil, Peru, and the Philippines. The broadcast can be viewed on BYU-Pathway’s Facebook page. It is also available on the Pathway Newsroom. 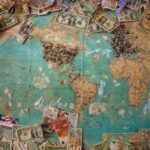