February 7: Elder José A. Teixeira, Presidency of the Seventy

Devotionals typically last 7–10 minutes and can be viewed at 4:00 p.m. (MST/UTC-7) on the BYU-Pathway Facebook page and later on the BYU-Pathway speeches page. Students responsible for leading the lesson in their gathering that week will facilitate a discussion around topics shared in the devotional. All participants are invited to watch, share, and discuss these inspiring messages. 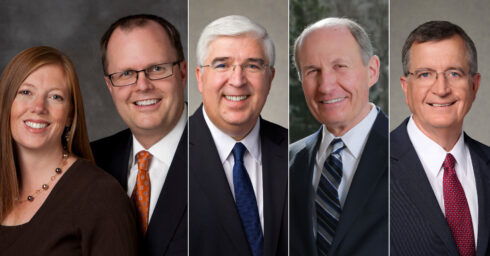 BYU-Pathway President Brian K. Ashton and Sister Melinda Ashton
Brian K. Ashton is the president of BYU-Pathway Worldwide and previously served as vice president of field operations. Receiving his bachelor’s degree from BYU and MBA degree from Harvard University, President Ashton has started several companies. He served as the Second Counselor in the Sunday School General Presidency from 2015–2019.

Melinda Ashton graduated from BYU and later attended medical school in Chicago. She served in the Spain Malaga Mission. Melinda and Brian are the parents of seven children. Together, they presided over the Texas Houston South Mission from 2012–2015.

Elder José A. Teixeira
Elder José A. Teixeira was sustained as a General Authority Seventy of The Church of Jesus Christ of Latter-day Saints in 2008, and he currently serves in the Presidency of the Seventy. He was born in Vila Real, Portugal, and his education is in accounting, auditing, and business management. Elder Teixeira and his wife, Filomena Teles Grilo, are the parents of three children.

Brother Bruce B. Bingham
Brother Bruce B. Bingham is a founding partner of Hamilton Partners, Inc., a real estate development firm, and has extensive experience in commercial and industrial development. He earned a bachelor of science degree in business management from BYU and an MBA degree from Northwestern University. He and his wife, former Relief Society General President Jean B. Bingham, have two children.

Brother Mark L. Pace
Brother Mark L. Pace is the Sunday School General President and previously served as president of the Spain Barcelona Mission, an Area Seventy, and a member of the Fifth Quorum of the Seventy. Born in Buenos Aires, Argentina, he earned a bachelor’s degree in economics from the University of Utah and an MBA degree from Harvard Business School. He and his wife, Anne, are the parents of seven children.