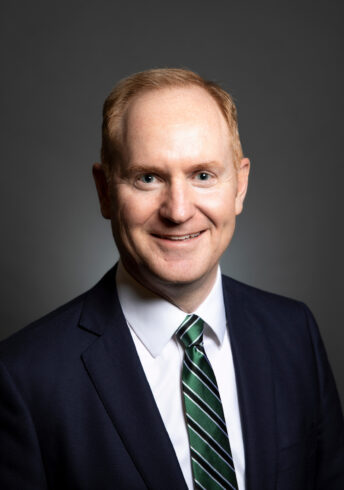 Matt Eyring previously served BYU-Pathway students as the international area director. In his new role as vice president, Eyring will lead a team that works with departments in The Church of Jesus Christ of Latter-day Saints, including Welfare and Self-Reliance, area presidencies, and local priesthood leadership, as well as service missionaries. Working closely with other Church entities has allowed BYU-Pathway to connect with areas throughout the world, leading to unprecedented growth in recent years.

Incoming President Ashton said, “Matt brings a wealth of experience to his new responsibilities. More important than his experience and capacity is the fact that Matt has exemplified Christlike leadership since joining BYU-Pathway. Having worked with Matt, I can tell you that his greatest desire is to bring people unto Jesus Christ.”

Matt Eyring is the vice president of field operations at BYU-Pathway Worldwide after serving as the director of international field operations. He previously worked as the chief strategy and innovation officer of Vivint Smart Home, where he led strategy, product, and technology operations. He was a founding and managing partner of a global strategy and innovation consulting firm, Innosight, and was named one of Fast Company’s “Most Creative People in Business.” Eyring began his career at the consultancy Monitor Company, where he advised senior public and private sector leaders in emerging markets on matters of economic competitiveness and prosperity.

Eyring is a graduate of the Harvard Business School, the co-author of several Harvard Business Review articles, and holds 35 technology patents. Eyring previously served as an Area Seventy in the North America Northeast Area. He and his wife, Amy, are the parents of five children.

BYU-Pathway Worldwide is an organization of The Church of Jesus Christ of Latter-day Saints’ Church Educational System (CES) and is tasked with overseeing online higher education within CES. Its primary offerings include foundational PathwayConnect courses and access to online certificates and degrees provided in association with BYU-Idaho and Ensign College. BYU-Pathway serves more than 50,000 students annually in 152 countries. 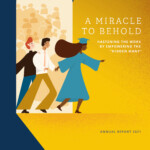 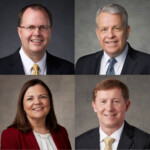