Brian K. Ashton will be inaugurated as the second president of BYU-Pathway Worldwide on March 10, 2022, at 7:00 p.m. (MST). The ceremony will take place in the Church’s Conference Center Theater in Salt Lake City, Utah, and will also be streamed live.

In August 2021, Brian Ashton succeeded Clark G. Gilbert, who served as the inaugural president of BYU-Pathway from its creation in 2017. Elder Gilbert was sustained as a General Authority Seventy in April 2021 and serves as Commissioner of the Church Educational System.

Elder Jeffrey R. Holland, of the Quorum of the Twelve Apostles of The Church of Jesus Christ of Latter-day Saints, will preside at the inauguration. He and Elder D. Todd Christofferson will officially install President Ashton in his new role. Elder Gilbert will also provide remarks.

Music will be provided by a virtual choir comprised of BYU-Pathway Worldwide students from around the world.

Due to limited space and COVID protocol, the inauguration ceremony will only be open to invited guests and media. The ceremony will also be streamed online starting at 7:00 p.m. 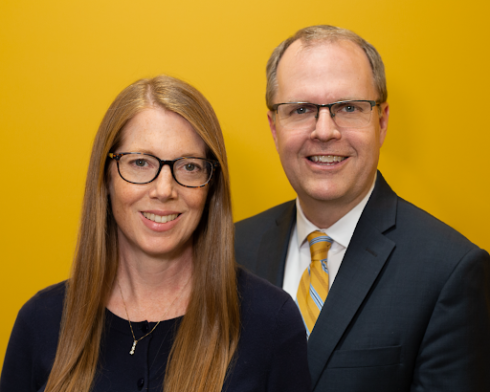 Brian K. Ashton was appointed by the Board of Education of The Church of Jesus Christ of Latter-day Saints as the second president of BYU-Pathway Worldwide in 2021. He had served as the organization’s first vice president of field operations since 2018.

President Ashton received a bachelor’s degree from Brigham Young University and a master of business administration from Harvard University. He began his career as a management consultant and has been a founder, executive, and board member at several startup companies.

From 2015 to 2019, he served as Second Counselor in the Church’s Sunday School General Presidency. He has also been a bishop, high councilor, elders quorum president, and missionary in the Peru Lima South Mission.

Brian married Melinda Earl in the St. George Utah Temple in 1996, and they are the parents of seven children. Melinda served in the Spain Malaga Mission, graduated from BYU, and later attended medical school in Chicago. Together, she and Brian presided over the Texas Houston South Mission from 2012 to 2015.

BYU-Pathway Worldwide was founded and is supported and guided by The Church of Jesus Christ of Latter-day Saints. Its mission is to develop disciples of Jesus Christ who are leaders in their homes, the Church, and their communities. Serving nearly 60,000 students from more than 180 countries annually, BYU-Pathway Worldwide provides access to spiritually based degrees, completely online, at a significantly reduced cost.

BYU-Pathway helps students to learn foundational academic and spiritual skills that then lead to career-oriented online certificates and degrees. These programs are awarded by BYU-Idaho and Ensign College, while BYU-Pathway provides the support and resources tailored specifically to online degree-seeking students. Religion courses are offered through Seminaries and Institutes. This allows the institution to better serve online students while keeping costs low through leveraging resources from sister institutions.