“Every time I travel, I see that the hand of the Lord is very involved,” said Adams. “Without it, it would be impossible for Pathway to grow so rapidly. Sometimes, in the midst of running to and from appointments, it is necessary to take a step back and say thank you.”

Over the 12-day trip, Adams conducted a formal introduction of the program at all four of the new locations for 660 total attendees and joined 13 coordination meetings with local and area priesthood leaders. 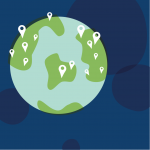 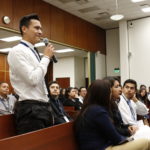