On September 9, 2019, BYU-Pathway Worldwide celebrated 10 years of providing access to higher education to students around the world. Over the last decade, BYU-Pathway has grown from serving just 50 students to now more than 45,000 annually in 134 countries through PathwayConnect and online degree programs. 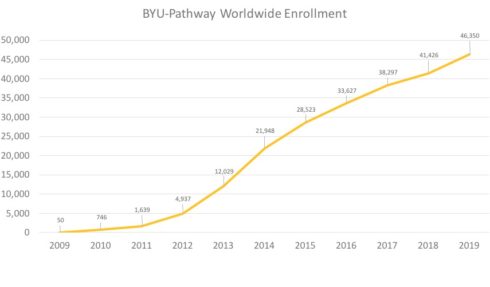 Over the last 10 years, BYU-Pathway Worldwide’s key accomplishments include: 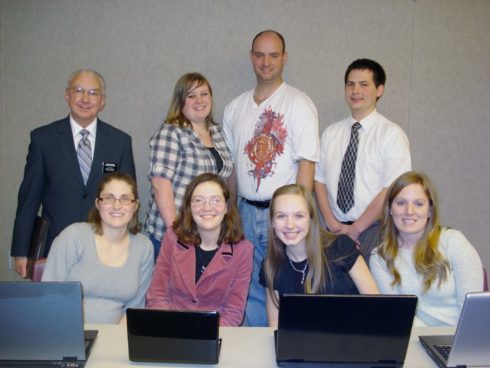 One of the first PathwayConnect gatherings in Nampa, Idaho

September 2011: Expansion to Students Ages 31+
PathwayConnect graduated from its pilot status, and enrollment became available to Church members ages 31 and over.

November 2017: Inauguration of President Gilbert
President Clark G. Gilbert was inaugurated as the first president of BYU-Pathway Worldwide by President Russell M. Nelson. More than 700 people attended the live event, with thousands of students viewing online as part of their PathwayConnect gathering.

November 2018: Worldwide Broadcast with Elder Holland
On November 1, President Gilbert hosted a historic live broadcast for all BYU-Pathway students, missionaries, and employees, featuring messages from Elder Jeffrey R. Holland and other members of the Church Board of Education.

At the broadcast, Elder Holland called BYU-Pathway Worldwide’s growth “part of a monumental moment in Church education … one of those pivotal marks in our history that we won’t fully understand until we look back at it years and maybe decades from now.”

April 2019: New PathwayConnect Curriculum Launches
The PathwayConnect courses were rewritten with a focus on life skills, professional skills, and university skills. In their third semester, students also now select their first certificate and complete the first course of that certificate while still enrolled in PathwayConnect.

May 2019: All Returned Missionaries Pre-approved for Admission
BYU-Pathway began pre-approving returning missionaries for admission to PathwayConnect.

September 2019: BYU-Pathway Worldwide Reaches 10 Years
More than 45,000 students are currently being served in 134 countries and all 50 U.S. states.

September 2019: Mentoring Program Begins
A portion of BYU-Pathway Worldwide’s advising services transitioned into a mentoring program. This new initiative was created to proactively serve the significant number of students who experience challenges that keep them from continuing PathwayConnect after their first semester.

January 2020: Eligibility Requirements Modified for Online Degree Programs
To be eligible to pursue an online degree, an individual must have either first completed PathwayConnect or have earned a minimum of 15 credits on campus at any of the universities operated by The Church of Jesus Christ of Latter-day Saints. In January, these requirements will be lifted, allowing students to enroll without having completed PathwayConnect or earned previous credits from a Church-sponsored university. (PathwayConnect, however, will still continue to be a primary entry point because of its lower cost, peer support, and ability to build academic confidence.) 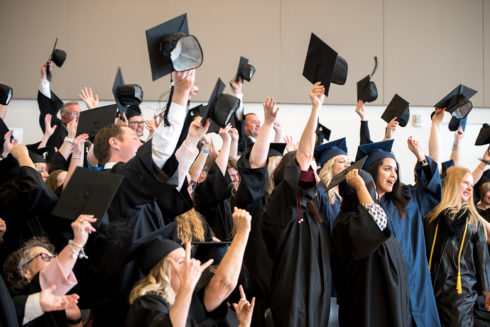 BYU-Pathway Worldwide offers online higher education to more than 40,000 students in 100 countries through PathwayConnect and BYU-Idaho online degree programs. PathwayConnect is a low-cost, one-year, online program that helps people start or return to university studies. BYU-Pathway also offers BYU-Idaho job-ready certificates that can be completed in one year or less. These certificates build directly into an associate and a bachelor’s degree. BYU-Idaho online degree programs (serviced by BYU-Pathway Worldwide) are offered in the areas of business, technology, family studies, and professional studies. 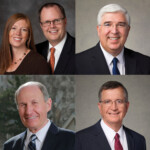 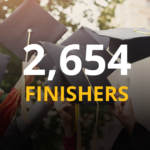